Blog: Designing for the future – proving The Gherkin is still green

When 30 St Mary’s Axe or The Gherkin, as it’s more widely known, was completed in 2004 it was one of London’s most sustainable buildings – 16 years, countless changes in building regulations and two EPC reviews later, it still is.

The concept of the Gherkin was initiated in 1992 when the Baltic Exchange Building which stood on the site was irreparably damaged from a large explosion in the vicinity. The detailed design of the building commenced in 1999, with construction following two years later. The design team, led by Fosters and Partners as architects, comprised Hilson Moran as environmental engineers, Arup as structural engineers, , Speirs & Major as lighting designers, Gardiner & Theobald as quantity surveyors, Derek Lovejoy Partnership as landscape architect and Skanska as the main contractor.

At the end of 2003, the distinctive curved envelope with a diagonal steel structure became a recognisable part of the London skyline and in April 2004, the first visitors walked through the elegant entrance. Comprising 40 storeys and rising 180 metres in height, the building is home to the headquarters of many household names, and offers the public 360° views from its high profile restaurant and bar on levels 39 and 40. It is also the winner of multiple awards, including the sought after Stirling Prize in 2004.

Although difficult to believe now, UK legislation at the time did not require commercial buildings to have an Energy Performance Certificate (EPC). However, following the European Union Directive from October 2008, it became a requirement and we were appointed to produce the first EPC for The Gherkin. At the time the building achieved an EPC ‘C’ rating, primarily due to the use of the fluorescent lighting technology available.

Ben Abel, Head of Research and Development at Hilson Moran, one of the original members of The Gherkin’s design team, led this review which comprised modelling, data collection and site visits to inspect currently installed systems and reviewing of electrical installations and fittings and envelope changes.

Interestingly in the decade that had passed the capabilities of technology and the 3D modelling software had advanced significantly, which makes the process more efficient and accurate for tall buildings in particular. Previously, the software would only allow us to create a model based on one floor; now we are able to include every floor. We mapped more than 3,000 individual zones to allow for all usage types, ventilation strategies and importantly, capture the differing daylight levels. As an example, this allowed us to better represent the daylight controls affecting lighting consumption, which is a major factor in EPC ratings, especially the Gherkin with its 360° glass design.

Following this, on-site inspections took place over the course of a week, allowing the team of four to survey the 64,469m2 area and collect usage data from all the currently installed core systems, local systems and lighting fittings using the 3D camera to help navigation around the building. In addition to the office spaces, most floors also had a dedicated plant room in the centre of the circular floorplate which was reviewed. Moreover, there are also separate mechanical services floors housing larger equipment such as chillers, cooling towers, boilers and generators, which were all reassessed.

Having been reviewed through a much more rigorous process and against higher standards, 16 years on, The Gherkin still stands up well against a newly built commercial scheme and where tenants had replaced the fluorescent lighting with LEDs an EPC rating of B was achieved. This is a credit to the original design team’s creativity and ability to put sustainability at the forefront of the concept and shows what is possible if our City’s designers ensure that climate impact is at the heart of everything from concept to completion. 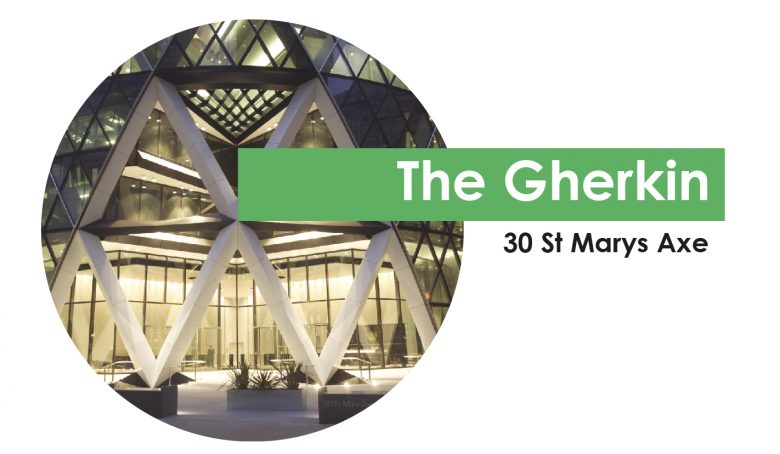 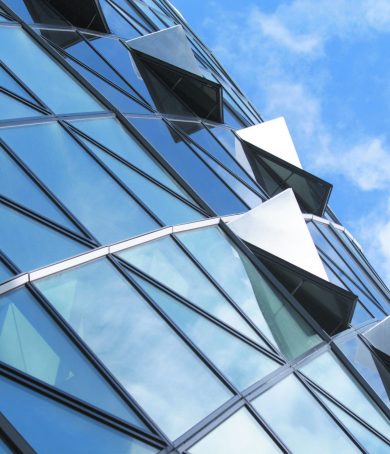