Services Smart Buildings
SB Smart Buildings
What is a “smart building”? To us it is a building that not only responds to its occupants needs to provide comfort and productivity but also reacts to its external environment to maintain conditions whilst reducing running cost.

Achieving these objectives involves the convergence of multiple building systems along with the use of network technology and web enabled devices to capture and process data so if can be used effectively. To deliver these solutions we employ a team of specialist consultants who design and develop smart building systems and protocols to benefit of our clients – whether a building developer, owner or portfolio manager, or occupant. We regularly test the market and build in future proofing to allow systems to take advantage of technical change where this will benefit. Being independent means we are not tied to one manufacturer or product and so can take best advantage of the opportunities the market has to offer.

Our consultants are involved during all stages of a project cycle – from concept and feasibility,  design, to tender and, construction and finally completion, occupation and training.  In addition we can provide supporting services which include condition surveys, energy monitoring and analysis, peer reviews and aftercare services as part of a soft landings strategy.

Our specialists are experts in their respective area – controls, IT and communications audio-visual, security and access controls – who work with our clients and engineering teams to design and implement bespoke solutions integrating engineering systems and digital technology to deliver a final intelligent building product. From BMS integrated with state-of-the-art mechanical ventilation systems through to ‘Internet of Things’ digital platforms, these systems enable buildings to operate with improved occupant comfort, energy efficiency, flexibility and create environments which facilitate interaction, collaboration and improved productivity.

This project involved the design of a new build 16,300 sq m facility to serve as the next headquarters building for the Ordnance Survey. The environmentally progressive building within the prestigious Adanac Park in Southampton provides offices, a data centre and staff facilities and was developed with an ambitious plan to transform workplace culture while substantially decreasing the Ordnance Surveys energy consumption and annual carbon footprint.

The scheme incorporated an innovative mixed mode office design which allows the offices to be naturally ventilated for 80% of the year, despite the fact there is a six lane motorway only 300 metres away from the occupants.

As part of the controls system we developed, windows are linked to the BMS automatically opening and closing against pre-defined internal and external conditions, making extensive use of wireless space temperature and carbon dioxide sensors within the open plan office areas. 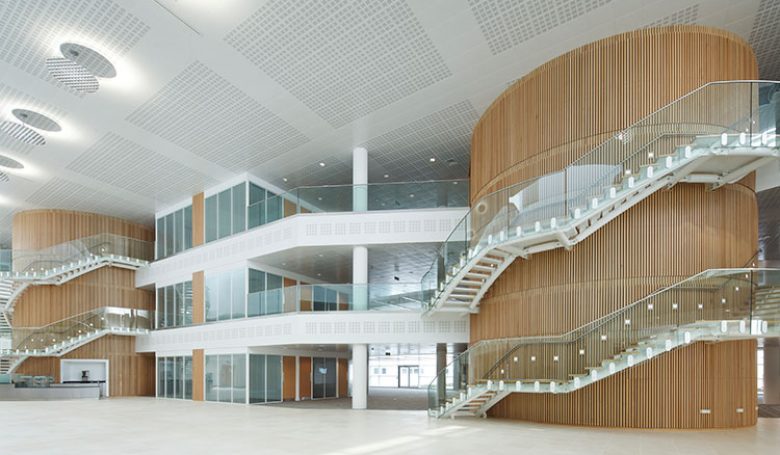 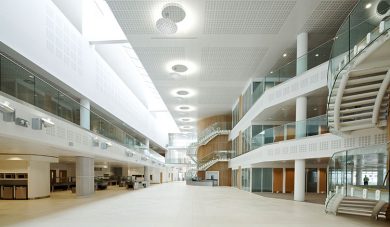 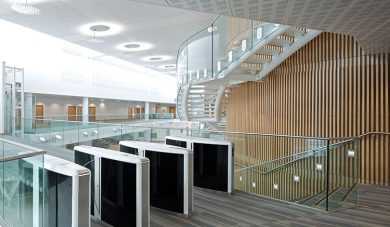 This landmark building developed for Swiss Re provides 46,500 sq m of office space on 40 floors in the City of London. It was Britain’s first mixed mode high-rise office building and attracted worldwide attention and acclaim, winning the RIBA Stirling Prize in 2004.

Our design engineers were responsible for the shell & core design and fit out of the building for occupation by Swiss Re. We used computational fluid dynamics and dynamic thermal modelling extensively to inform the cladding design, mixed mode ventilation and to optimise the design of the engineering systems.

The innovative design of the building required a very advanced specification for the BMS to control the mixed mode ventilation system. To achieve this our in house computer modelling experts generated new patterns and algorithms that could respond to both external conditions as well as occupant requirements whilst saving energy, a key client consideration. As it was considered ‘new’ the software had to be witnessed and validated in real time over a planned sequence of off-site mock ups and workshops. Whilst the BMS generally provides control of the basic building systems it also uses various sensors to provide full automation of the solar shading system but with local occupant override – should the user wish to let the sunshine in. 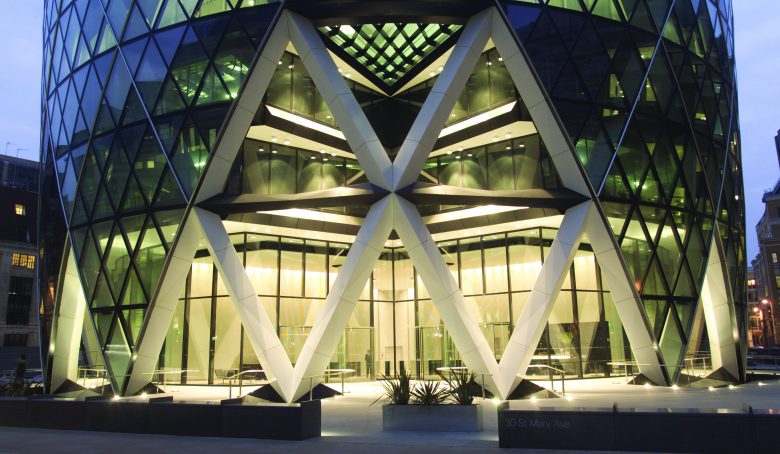 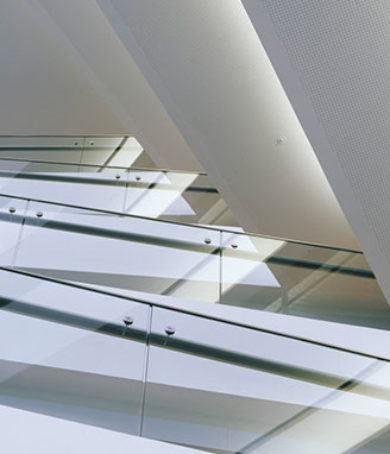 ARM is one of the world’s leading semi-conductor designers and intellectual property suppliers growing rapidly and requiring not just more space but state of the art facilities to attract talent from around the world. To accommodate this growth ARM commissioned two new linked buildings totaling 180,000 sq ft of space on their existing campus at Peterhouse Technology Park in Cambridge and we have provided fit out design and sustainability services on this major project.

In order to support ARM’s image as international leaders in innovation and technology design our brief included a requirement to integrate digital technology and processes into our design with a view to creating a highly flexible, efficient working environment which improved staff productivity and reduced energy consumption.

As part of the conceptual and design development process we considered many options, including the potential to use multi-sensors which could also be used to detect motion (and hence occupancy) of a particular space and via the BMS improve the performance and control of the M&E systems to suit occupation densities. Other options utilised include ‘Personal Control Software’ delivered via a ‘Personal Control App’, detecting the location of a hand−held user interface (usually a smartphone or tablet connected to the WiFi network), enabling the user to interact directly with the ‘management’ of the building systems. In these examples the emergence of location based digital services, linked to the traditional BMS enables individuals control over their environment, along with allowing formal / informal access to individuals in a large, densely occupied building.

Ultimately these systems will provide ARM with the ability to capture real time data on building utilisation and energy use and integrate with the BMS to optimise the performance of the building based on how it is being used. They will also allow ARM to make the most efficient use of their office space both in terms of occupancy and energy consumption, ultimately enabling ARM to maximise their investment on the building, along with helping to ‘future proof’ the office for potential future expansion.