Our Fire Safety Consultancy team guides the client and design team through complex fire legislation to identify and design a fire strategy for every project which delivers fire safety solutions with the paramount objective of safeguarding life.

Our specialists design and implement the fire protection systems (active fire suppression) to meet both the requirements identified within the strategy and those in statutory requirements or approvals.

Projects range from entire masterplans to individual buildings, and we work with the wider design team from project inception through to post occupancy, designing bespoke and elegant fire protection solutions which are mindful of aesthetics and design intent without compromising occupier safety.Our fire team includes dedicated and qualified sprinkler and fire systems design professionals, accredited by the Loss Prevention Council (LPC), as well as chartered fire engineers. Our designs are always National Fire Protection Agency (US / International Standard) or British Standard compliant.

Completed in 2014, the 20 Fenchurch Street tower, designed by Architect Rafael Vinoly has become an iconic London landmark. The 160m tower, with a unique inclinatory façade, provides over 63,000 sq m of prime office space over 34 office floors, along with a public sky garden at the top of the building offering 360 degree views of the city.

As part of a multi-disciplinary service, we developed the fire strategy and engineering design for the building with systems which included an intelligent fire alarm system coordinated over 40 floors and an external annex building, 30,000m of fire protection pipework, four tanks installed at basement level holding in excess of 25,000 litres of water, along with two 800kg fire-fighting lifts.

Our scope also included developing the strategy and engineering systems for the Sky Garden – the highest public park in London.

To comply with the design guidance adopted for the project, which included BS9999 and Section 20 of the London Building Act (Amendment Act), our initial assessment indicated that the Sky Garden would need to be fitted with both on floor smoke extract and automatic fire sprinklers. However our fire engineering team reviewed this requirement and developed an alternative approach utilising the design principles of the space itself rather than imposing restrictions on the use of the garden and the installation of extensive mechanical systems.

The anticipated fire loading, height, available exits and natural ventilation of the space were all taken into account and the evacuation of the sky garden was also modelled to establish the time required for the population to reach a place of relative safety. The analysis demonstrated the need for a rapid response to a fire alarm: As such, directional voice messaging was incorporated at the Sky Garden levels.

In addition, to determine if the time to evacuate was sufficient before conditions became untenable in the event of a fire, we utilised computational fluid dynamics (CFD) to perform design size fire modelling, enabling us to demonstrate that occupants would be able to evacuate safely with a smoke layer well above their heads and no impact from undue heat.

Ultimately, this detailed analysis enabled us to demonstrate that, despite no major mechanical systems being installed in the main public space, the Sky Garden meets agreed criteria for fire protection and evacuation. All enclosed areas of the Sky Garden, however, are sprinkler protected. 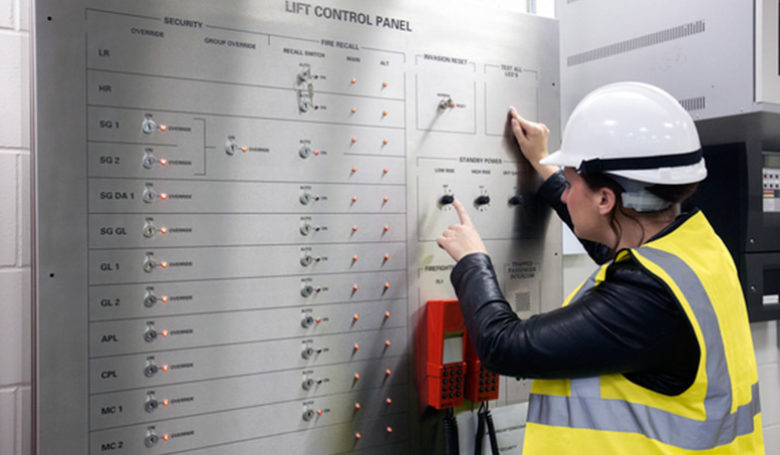 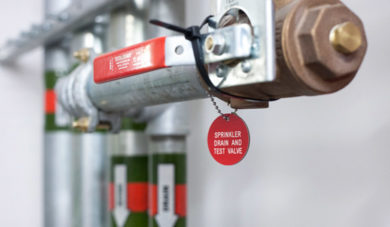 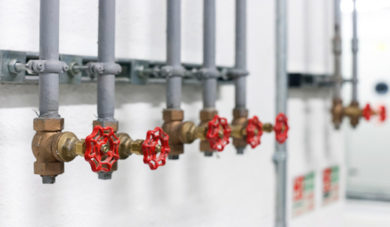 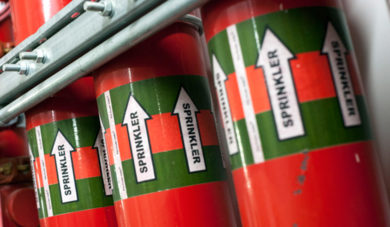 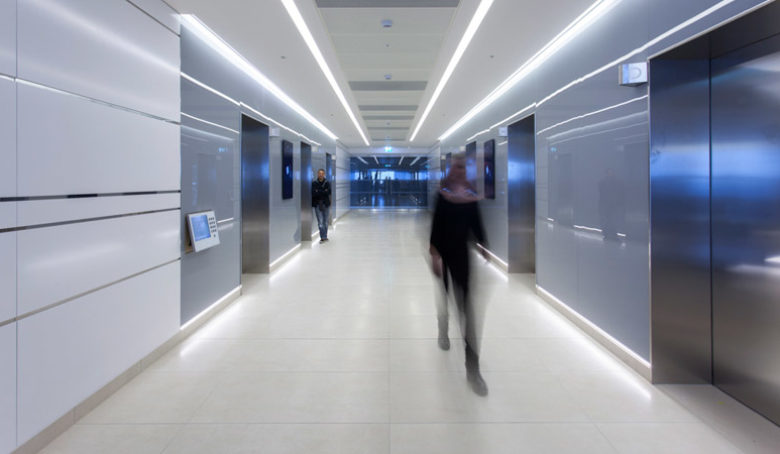 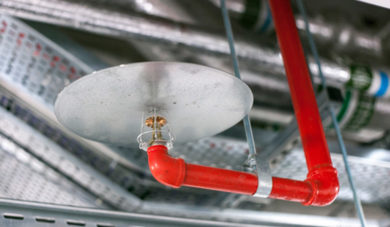 The Wales International Convention Centre is a landmark development at the existing Celtic Manor resort in Newport, Wales and will see the creation of a new world class Convention Centre comprising a 4,000 sq m exhibition hall, a 1,500 seat auditorium, underground parking and associated support spaces. We were appointed fire engineering consultants as part of a multi-disciplinary design service.

The Clients brief aimed to achieve a significant degree of connectivity between the main functional spaces of the building. In order to support this requirement our fire safety design adopted a risk based approach based on the profiles and the diversity of the building occupants in conjunction with the anticipated fire growth rate for the uses of the building.

The supporting fire engineering systems also incorporated a number of features tailored to the specific requirements of a convention centre. For example, in order to maintain clear lines of sight fire compartment walls were replaced by the use of fire and smoke curtains, programmed to descend only when instructed to do so by the main fire alarm panel.

In another example, to ensure the most effective fire protection for the number of building occupants over the large and diverse site the fire alarm system was zoned to only evacuate those at immediate risk from a fire event. In addition, the alarm system was designed to interface with the escalators so that they could be used as an evacuation path, allowing for a reduced number of protected stairs shafts while still permitting evacuation within reasonable time frames.  To permit the use of open accommodation stairs we also incorporated a smoke control system which was designed to maintain a smoke layer above the heads of those people at the highest level of the building.

These solutions contributing to a successful planning submission, which was achieved in 2015.

This project involved the redevelopment of the former Brent Town Hall to provide a single primary and secondary school based on the French education system for use by the local French community in North London. The Grade II listed building, originally constructed in 1940, was retained and refurbished with a new block constructed to the rear.

The buildings listed status placed a number of restrictions to the extent of changes permitted within the existing structure and required us to tailor our fire strategy in a number of ways.

Primarily, this included developing a strategy using a risk based approach rather than standard guidance given in the fire safety guide to Building Regulations (Approved Document B), providing greater flexibility in developing designs for the refurbished building. This approach allowed the building to be repurposed without unnecessary changes to the internal structure and fabric, transforming is use whilst still meeting modern requirements for fire protection and evacuation. This included retaining the existing Council Chamber and Committee rooms but with a change of use to Lecture Hall and exam rooms.

In another example we performed a detailed evacuation analysis to confirm and reinforce that the travel distances and exit provision within the buildings aligned with modern requirements, avoiding the need for addition means of escape within the redeveloped building. 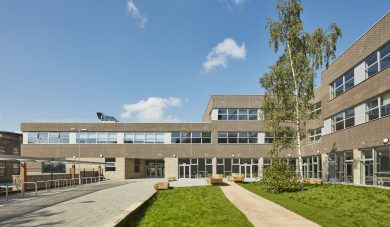 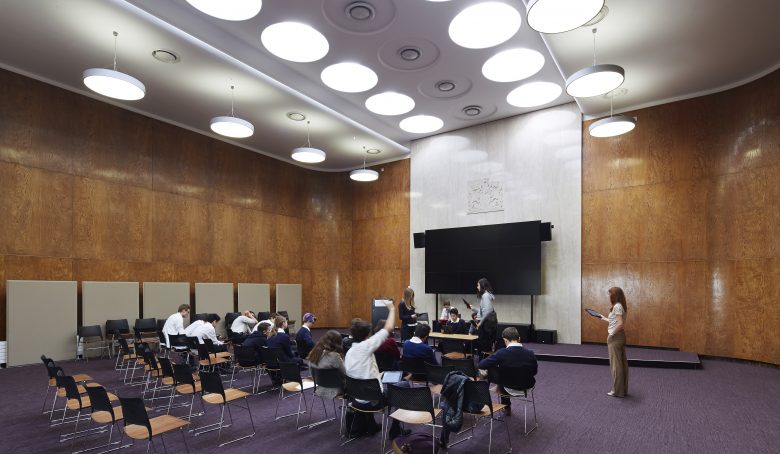 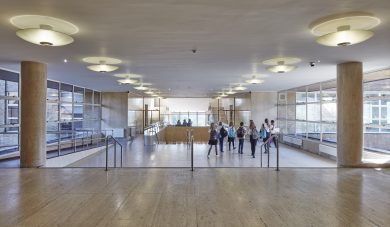