Industry News: How will the decarbonisation of electricity affect London planning applications in 2019?

London has recently formally recognised that electricity is not as carbon intensive as it used to be and will permit lower figures in planning applications from January, more than a year in advance of their adoption on a national level. The national grid has gradually been decarbonised and further reductions are expected in order to meet national commitments.

Broadly speaking, this is good news because it is an opportunity to move away from combustion in urban environments (gas boilers, CHP), which has serious effects on human health and on the natural environment. It opens doors to other design solutions that were previously hindered by carbon targets, particularly heating. Indirectly, a move towards electrification makes the case stronger for battery storage and smart energy management systems.

On closer look however, this change may not be as positive to all parties involved.

1. Electricity tariff rates are 4 to 5 times higher than those for gas. So if the system choice for heating and hot water don’t make up for this difference through energy efficiency, energy bills will naturally increase. Cue heat pumps. Heat pumps can produce 3 to 7 kWh for every 1 kWh you pay for and their subtle appearance in mainstream media commercials is no coincidence. The technology is not new, but we may be facing a homeowner and technical skills gap on a large scale. 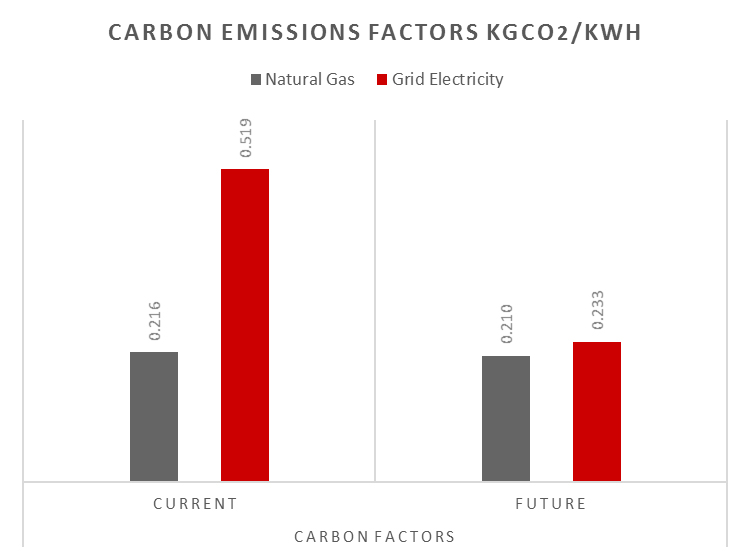 2. Property developers in London are familiar with the carbon offset payment: a penalty imposed by the planning Section 106 agreement where local carbon emissions reduction targets are not met. The intention is for these payments to feed into a fund for local low carbon urban infrastructure. The decarbonisation of electricity in energy assessments means that carbon offset payments will decrease from January simply because the nominal amount of carbon from a development will decrease by half for the electrical portion of energy consumption. For non-residential developments, developers will enjoy the ‘discount’ between January and autumn 2019 when the carbon target is increased from 35% to 100% offset. 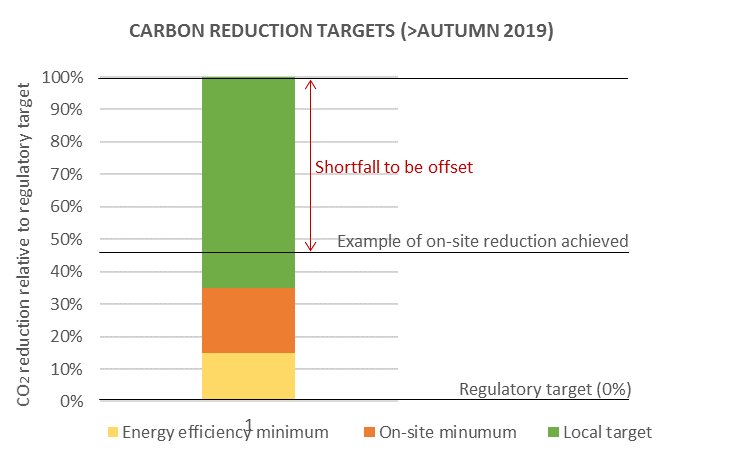 3. From January, however, developers are going to have to push their design proposals harder to achieve local percentage carbon reduction targets. As the overall carbon intensity of electricity shrinks, so does the benchmark against which the relative percentage improvement is measured. In our initial testing we’ve seen the new carbon factors increase the shortfall by 3-5%, which will add risk to a planning application. The only way to achieve planning requirements is to, more than ever, focus on design and system energy efficiency. 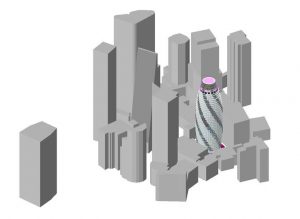 4. All this assessment work serves to drive best practice design in a positive direction but, despite better alignment of electricity power intensity, does nothing to address the performance gap. And frankly it’s not trying to. The regulatory and planning compliance frameworks are trying to benchmark energy performance on a level playing field using a number of fixed parameters. Where predicting actual energy performance is desired, several mechanisms exist that enter into a deeper level of simulation detail and apply statistical probability to building operation. Two existing models are CIBSE TM54 and, more recently, the adaptation of Australia’s NABERS Energy methodology to the UK market. In addition, the New London Plan proposes a nee fourth tier to the energy hierarchy: Be Seen, requiring metering and a strategy for monitoring, reporting, benchmarking, sharing and improving energy and carbon reduction from autumn 2019.